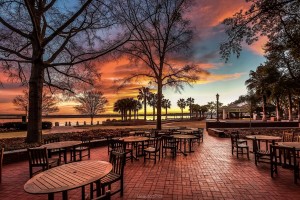 New York Times Travel, January 7, 2016. It’s a big world out there, so we’ve narrowed it down for you. From ancient temples to crystalline waters, here are our top destinations to visit this year.

A peaceful Low Country town with a stylish new inn.

Petite Beaufort has the appeal of a much larger city (restaurants, festivals and art galleries) without giving up its small-town, Low Country charms (bike lanes, walking paths and romantic park benches overlooking the water). And there is an old-new spot from which to enjoy it: the Anchorage 1770, a 250-year-old historic house with generous porches and views of Waterfront Park, which reopened in July. In the 19th century, it was home to the Ribaut Club, a literary crew who met for drinking, gambling and dancing — a tradition to be resurrected by the inn.

Each January, the editors of the Travel section publish our Places to Go issue. And each year after we do, readers wonder why their favorite destination was overlooked or why their least favorite made the top 10. To add some clarity to the process, we’ve decided to answer some frequently asked questions about how we chose our 52 Places to Go in 2016.

How do you start the process?

First we contact dozens of contributing writers, many of them based overseas, for suggestions. We receive a few hundred ideas, and start with those.

What are you looking for in those ideas?

We aim for a selection of places that we expect to be particularly compelling in the coming year; reasons might include a museum opening, a new transportation option or a historical anniversary. So even though cities like Paris, Rome and Tokyo are always exciting, they didn’t make the cut.

How do you narrow it down to the final list?