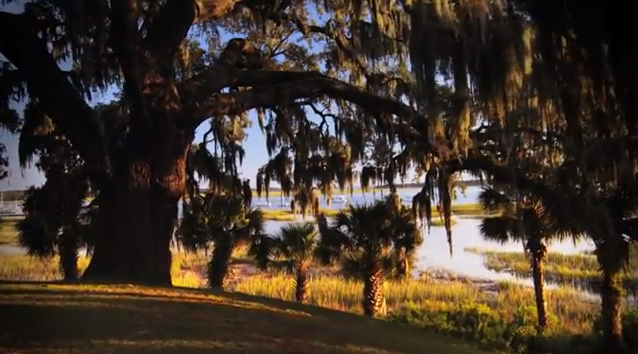 My wife and I moved to Beaufort, SC, a little over a year ago. We initially lived downtown in the Old Point and thought that we would never move from there until we found out about Pinckney Retreat. I knew that I was in trouble the first time that we road through the gates and I saw the look on my wifeâ€™s face. Riding into the neighborhood was somewhat surreal. The way the old oak trees formed a semi-canopy over the road and the way the salt in the air smelt off of the river felt like a setting out of a movie.

We initially met with Mac Rogerson and we knew after the first meeting and tour of Pinckney Retreat that this would be our home for years to come. We found a beautiful lot settled between multiple live oaks and asked if it was possible to build between them without having to take the tress down. Thankfully, Mr. Rogerson and the Allen Patterson Residential team came up with a plan, and the rest is history. We have been in our home now for about four months. The house itself is absolutely gorgeous. From the living fence around the yard, to the molding and detail that was put into everything on the inside, we could not be happier.

The amenities including the pool, the dock, the waterfront area overlooking the river, and the retreat house make us never want to leave the neighborhood! Additionally, the families that already live in the neighborhood really look out for one another. We have received so much love and support from everyone since we began building. It is a wonderful home and community for my wife and I to raise our two little girls. Pinckney Retreat has been more than we could have hoped for and we look forward watching the neighborhood continue to grow.
Larry Bridge